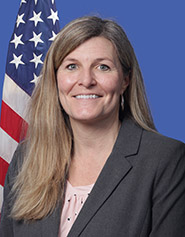 She holds a Bachelor of Arts degree from the University of Akron.