The benefits WAAS offers to users are critical to aviation safety and efficiency. Expand the links below to learn more.

Aircraft equipped with WAAS LPV can access over 4,000 runway ends in poor weather conditions with minimums as low as 200 feet. WAAS can get you into places where an Instrument Landing System (ILS) may not be available.

… we get in, when (..) other airlines, can’t because they simply don’t have that low of approach minimums.
Perry Solmonson — Horizon Q400 CheckAirman/Flight Ops Duty Officer

WAAS provides precision-like approach minimums to both sides of some approved runways.

WAAS improves the navigational system accuracy for en route, terminal, and approach operations over all the continental United States, Alaska and significant portions of Canada and Mexico. WAAS supports vertically-guided instrument approaches to all qualifying runways in the U.S.

The Localizer Performance with Vertical guidance (LPV) procedure takes advantage of the accuracy of WAAS to provide an instrument approach procedure equivalent to a Category I ILS approach. While an LPV approach looks and flies like an ILS approach, it provides the pilot with more stable vertical guidance. An LPV approach can provide minimums as low as 200 feet at qualifying airports. 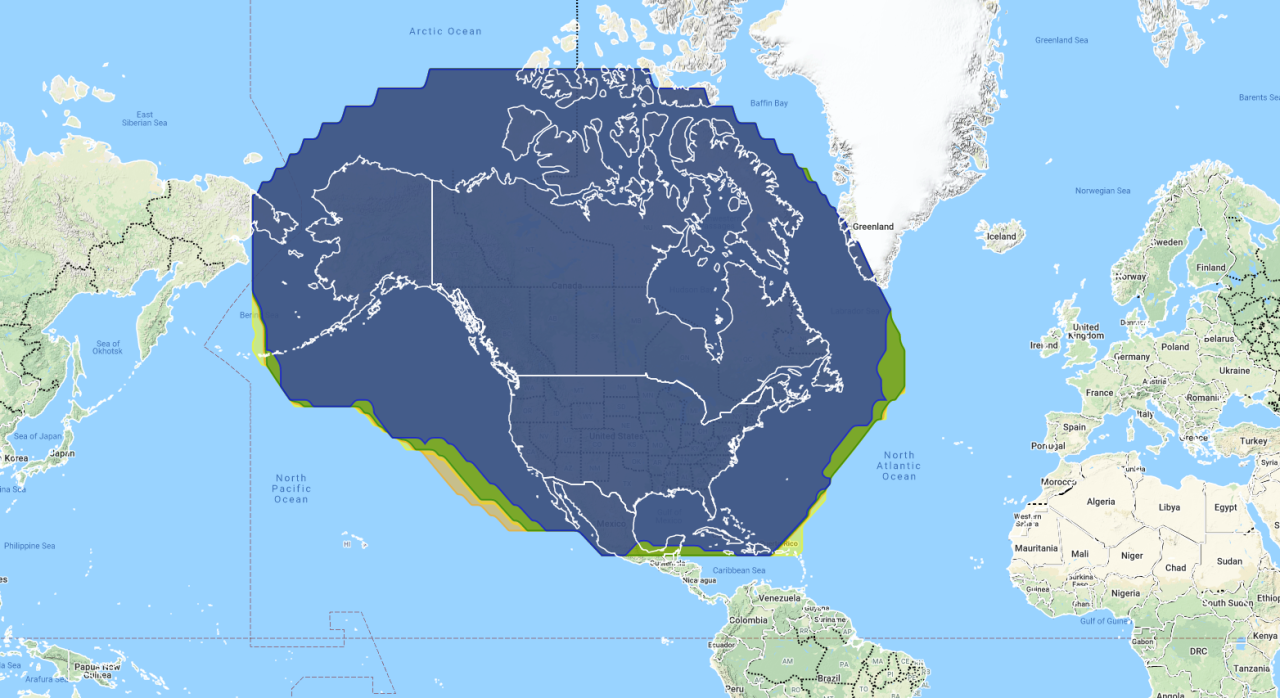 WAAS touches many aspects of economic growth and savings

Horizon Airlines considers being able to land, instead of diverting to an alternate airport, using WAAS LPV an operational "save". The passengers are where they want to be, and the airline avoids considerable expense.

In addition to helping avoid diversions to alternate airports, the WAAS LPV capability allows dispatchers to reduce the extra amount of fuel being loaded aboard in case the aircraft has to divert. Some of the alternate airports with LPV are located closer to the destination airport than those with ILS. Horizon estimates it is saving $2 million a year using LPV minimums. 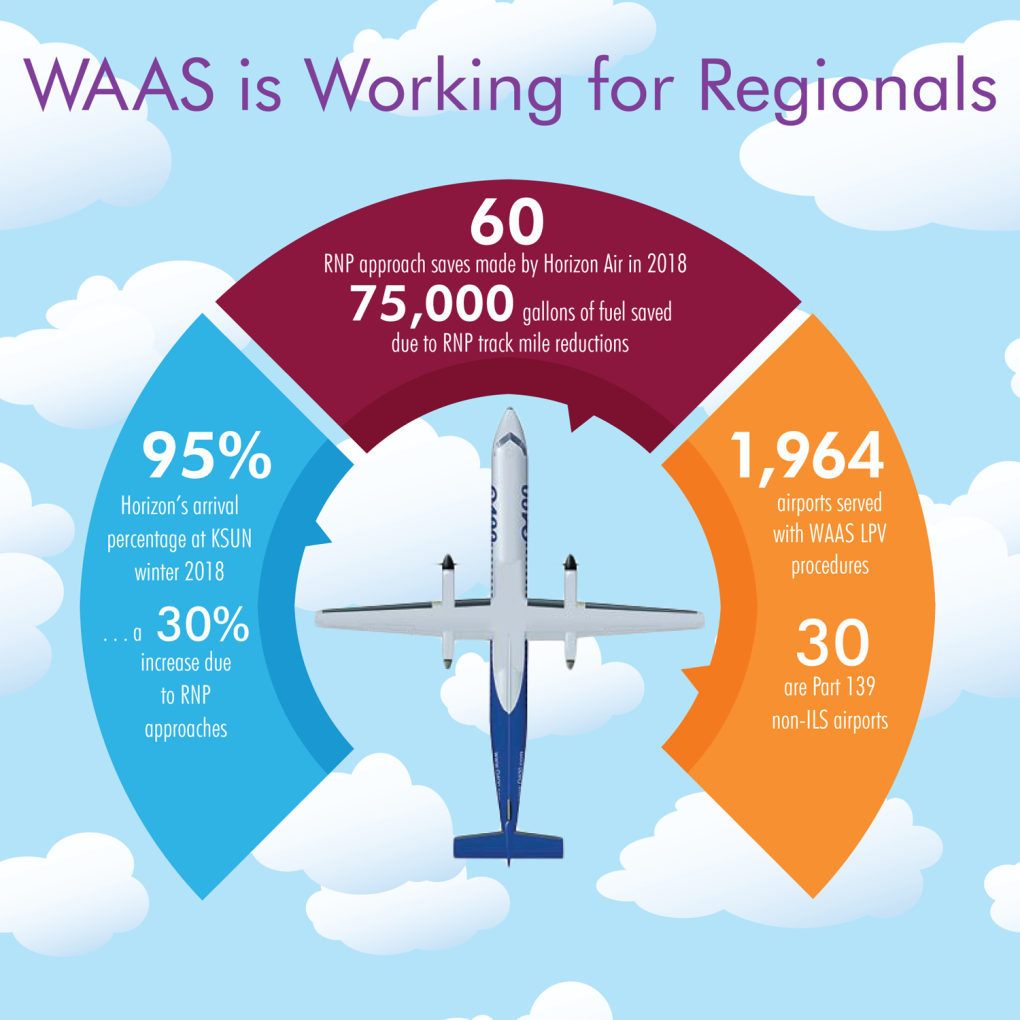 WAAS offers cost savings for users and puts smaller airports and communities they serve within reach by making it possible to and in low ceiling and visibility weather conditions.

WAAS is interoperable with other Space Based Augmentation Systems (SBAS) such as the European Geostationary Navigation Overlay Service (EGNOS) and Japan's Multi-functional Transport Satellite (MTSAT) Satellite Based Augmentation System (MSAS). The list is growing for SBAS around the world with India, China, Russia, Korea, Australia and New Zealand committing to the technology.

To ensure seamless operation, each SBAS system has been developed to the same standard as defined by the International Civil Aviation Organization (ICAO) Standards and Recommended Practices (SARPs) Annex 10. SBAS avionics designed in accordance with the RTCA Minimum Operational Performance Standards (MOPS), are interoperable with SBAS systems compliant with the SARPs and the avionics can transition from one SBAS system to another as the aircraft transitions through different SBAS coverages. SBAS service providers meet on a regular basis in an Interoperability Working Group as a forum to discuss SBAS implementation to maintain interoperability.

Today, SBAS is available in many parts of the world and current SBAS service coverage is provided by a collection of interoperable systems. Worldwide SBAS coverage is continuing to grow.

What users are saying —

… Once you've embraced and equipped with WAAS technology, you find that the safety and efficiency benefits and the flexibility that it affords operating in this system far outweigh initial investment.