The FAA Modernization and Reform Act of 2012 (FMRA 2012) directed the Federal Aviation Administration (FAA) Administrator to initiate a 5-year program to establish 6 unmanned aircraft systems (UAS) test sites to support the FAA in integrating UAS into the national airspace system (NAS). After conducting a competitive selection process, the FAA designated six UAS Test Sites, which became operational in 2014 and began to conduct test flights. In 2016, the FAA added a seventh test site as mandated by the FAA Extension, Safety and Security Act of 2016 (FESSA 2016). The following list names the seven FAA UAS Test Sites:

The main objective of the UAS Test Site Program is to provide verification of the safety of public and civil UAS, operations, and related navigation procedures before their integration into the NAS. Other program requirements include supporting the FAA during the development of certification standards, air traffic requirements, coordinating research and other work with National Aeronautics and Space Administration (NASA), FAA NextGen, the Department of Defense, and other Federal agencies.

As Public Aircraft Operators, the UAS Test Sites support their respective States by conducting governmental functions such as aeronautical research, biological and geological resource management, search and rescue, and public safety (firefighting and law enforce). They work closely with their Public Safety officials to support their training and demonstrations and integrate this unmanned technology with Public Safety procedures. 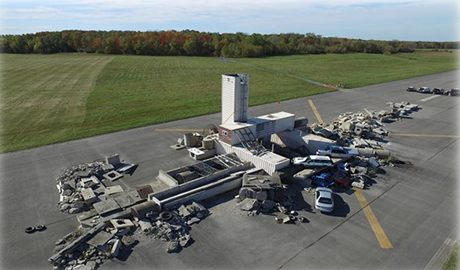 The UAS Test Sites are focusing their research and demonstration operations on the following areas, supporting the FAA advance these technologies and concepts:

The original 5-year program was extended for two more years under FESSA 2016, then extended another four years under the FAA Reauthorization Act of 2018 (FRA 2018), and is scheduled to continue until September 30, 2023.